Fumonisins in popcorn from Argentina from Poland

Research – How do Time, Tannin and Moisture Content Influence on Toxicogenic Fungal Populations during the Storage of Sorghum Grains?

Cereal grains are usually ensiled to improve their nutritional value and are one of the main sources of feed for dairy cattle. However, during storage, grains can be contaminated with toxicogenic fungi. Sorghum is one of the most economically important cereals in the world. Therefore, the aim of this work was to evaluate the influence of storage duration and tannin and moisture contents on toxicogenic fungal populations in sorghum grain storage. Samples were prepared with variety high in tannins (genotypes Morgan 108 and ACA 558, >5g/kg DM) and with variety low tannin content (genotypes Flash 10 and ACA 546, <1g/kg DM) were collected and manually compacted in experimental laboratory silos where they received different moisture content treatments, namely low (15-25%), medium (26-32%) and high (33-42%). Freshly harvest grains were analyzed at time 0 and storage grains were analyzed at different times (30, 90 and 180 days). Fungal isolation and identification were performed following conventional mycological methods. Penicillium citrinum (34%), Aspergillus flavus (60%) and Fusarium nygamai (68%) were the most abundant species. Rapid detection of aflatoxins and fumonisins in each sample was performed by ELISA according to the AOAC method, and the quantification of aflatoxin B 1 was performed by HPLC. Aflatoxins were detected in four samples with levels of 6.7-28.8 µg/kg and aflatoxin B 1 with a level of 2-14 µg/kg in pre- and post-storage grains . Fumonisins were only detected in two freshly harvested samples with levels of 500-900 µg/kg . In general, the storage time favored the increase of Penicillium population, instead the Aspergillus and Fusarium are reduced. Conversely the abundance of the three population was not affected by the moisture content. The results of this study show that fungal population must be analyzed at different times.

Fumonisins in cornmeal from Peru in Spain

Fumonisins in maize flour from Portugal in Luxembourg 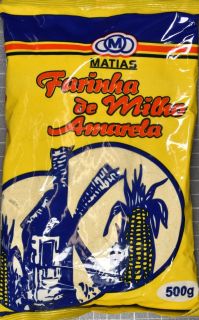 Fumonisins are toxins formed by molds of the genus Fusarium on corn under certain climatic conditions. Fumonisins are classified as “possible carcinogenic” to humans.

Sale in Luxembourg by: Primavera

A sale by other operators cannot be excluded.

Communicated by: Government Commission for Quality, Fraud and Food Safety .

Mycotoxins are produced by fungi and are known to be toxic to humans and animals. Common mycotoxins include aflatoxins, ochratoxins, zearalenone, patulin, sterigmatocystin, citrinin, ergot alkaloids, deoxynivalenol, fumonisins, trichothecenes, Alternaria toxins, tremorgenic mycotoxins, fusarins, 3-nitropropionic acid, cyclochlorotine, sporidesmin, etc. These mycotoxins can pose several health risks to both animals and humans, including death. As several mycotoxins simultaneously occur in nature, especially in foods and feeds, the detoxification and/or total removal of mycotoxins remains challenging. Moreover, given that the volume of scientific literature regarding mycotoxins is steadily on the rise, there is need for continuous synthesis of the body of knowledge. To supplement existing information, knowledge of mycotoxins affecting animals, foods, humans, and plants, with more focus on types, toxicity, and prevention measures, including strategies employed in detoxification and removal, were revisited in this work. Our synthesis revealed that mycotoxin decontamination, control, and detoxification strategies cut across pre-and post-harvest preventive measures. In particular, pre-harvest measures can include good agricultural practices, fertilization/irrigation, crop rotation, using resistant varieties of crops, avoiding insect damage, early harvesting, maintaining adequate humidity, and removing debris from the preceding harvests. On the other hand, post-harvest measures can include processing, chemical, biological, and physical measures. Additionally, chemical-based methods and other emerging strategies for mycotoxin detoxification can involve the usage of chitosan, ozone, nanoparticles, and plant extracts. View Full-Text

The apex food regulator, FSSAI, has issued a revised manual for methods of analysis of mycotoxins including aflatoxin in food. FSSAI has stated that the manual shall be used by the laboratories with immediate effect and this manual shall supersede the earlier manual on mycotoxins.

According to the FSSAI all food samples suspected of being contaminated with mycotoxins must be handled with extreme care, as aflatoxins are potent carcinogenic substances.

The manual talks about personal safety precautions, precautions during analysis  and handling of glassware for aflatoxin analysis.

Further, the limit for Deoxynivalenol  in wheat is fixed at 1000ppm.

Mycotoxins—toxic secondary metabolites of filamentous fungi—are biological in origin. Only a few of the thousands of mycotoxins present significant food safety challenges to the farm-to-fork food continuum. The natural fungal flora associated with food safety is dominated by three genres: Aspergillus, Fusarium, and Penicillium.

Aflatoxins are highly toxic secondary metabolites and aflatoxin-producing fungi can contaminate crops in the field, at harvest, and during storage. Some of the more common crops susceptible to contamination with aflatoxins are cereals (e.g. maize, rice and wheat). The husk of these cereals are often used as animal feed.

Deoxynivalenol (DON) Deoxynivalenol (DON) also known as vomitoxin is a trichothecene mycotoxin mainly produced by Fusarium fungi (Fusarium molds). This plant pathogens can cause scab mainly in wheat and barley etc., and damages cereals the most widely by contamination in the field. The main commodities affected are cereals such as wheat, rice, barley, oats and maize etc.

Patulin is a mycotoxin that is produced by certain species of Penicillium, Apergillus, and Byssochylamys molds that may grow on a variety of foods including fruit, grains, and cheese  while Ochratoxin A (OTA) is a naturally occurring foodborne mycotoxin found in a wide variety of agricultural commodities worldwide, ranging from cereal grains to dried fruits to wine and coffee.

fumonisins (B1 = 2.7 µg/kg – ppb) in shelled groundnuts from Argentina in the UK