Netherlands -Fatal Listeria outbreak linked to trout in the Netherlands

At least two people have died in a Listeria outbreak linked to chilled smoked trout fillets in the Netherlands.

All six sick people have been hospitalized and two died from their infections. Another person has died but no information about the cause of death was given.

Patients became ill between the beginning of February and mid-June. Their age range is 42 to 85 years old with a median of 78 years old. 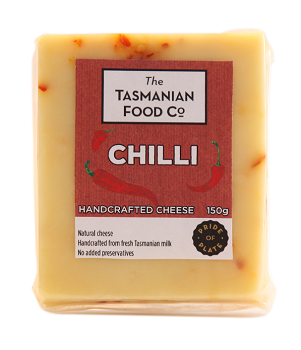 The recall is due to microbial (Listeria monocytogenes) contamination.

Listeria may cause illness in pregnant women and their unborn babies, the elderly and people with low immune systems.

Any consumers concerned about their health should seek medical advice and should return the product to the place of purchase for a full refund.

In 2018, CDC was notified of 511 laboratory-confirmed cases of Cyclospora infections in people from 15 states and New York City who reported consuming a variety of salads from McDonald’s restaurants in the Midwest.

On July 26, 2018, the FDA completed final analysis of an unused package of romaine lettuce and carrot mix distributed to McDonald’s by the Fresh Express processor in Streamwood, IL. The analysis confirmed the presence of Cyclospora in that sample.

The Ministry for Primary Industries today extended the current public health warning against collecting shellfish in the Hawke’s Bay region. The affected area now extends from the Mohaka River to the southern end of Pōrangahau beach.

Routine tests on shellfish samples taken from this region have shown levels of Paralytic Shellfish Poisoning (PSP) toxins above the safe limit of 0.8 mg/kg set by MPI. Anyone eating shellfish from this area is potentially at risk of illness.

Other public health warnings remain in place for Port Levy on Banks Peninsula and Nydia Bay in the Pelorus Sound.

See a map of the warning

Taiwan recorded 6,944 instances of food poisoning last year, which marked a 23-year high, according to numbers released by the Taiwan Food and Drug Administration (FDA).

In 2019, there were 503 food poisoning incidents, leading to 6,944 people becoming ill, compared to 2018 when 398 cases caused 4,616 people to get sick, according to government figures cited by Liberty Times. Last year’s number of cases was also the second-highest since the country started keeping food poisoning records in 1981.

The highest number occurred in 1997. when 7,235 people were affected by food poisoning.

Among last year’s cases, 4,000 people came down with food poisoning while at school. Most of these were linked to the large group meals served during lunchtime.

A troublesome Cyclospora outbreak continues to grow in North America with 37 confirmed cases in Canada added to 206 in the midwest United States. Cyclospora is a coccidian parasite that causes diarrheal disease in humans called cyclosporiasis.

As of July 8 there are 37 confirmed cases of Cyclospora illness linked to this outbreak in three Canadian provinces: Ontario (26), Quebec (10) and Newfoundland and Labrador (1).  Canadians became sick between mid-May and mid-June.  One Canadian has been hospitalized. No deaths have been reported. Individuals who became ill are between 21 and 70 years of age. The majority of cases, 76 percent, are female.

Just one day after the Public Health Agency of Canada announced its investigation into 37 cases of Cyclospora in three Canadian provinces, the CDC made its own announcement – there were now 509 confirmed cases in this Cyclospora outbreak. Both countries have issued recalls of the Fresh Express salads that are believed to the source of this bagged salads outbreak. As of July 1, 2020, 33 people have been hospitalized.

The investigation is still ongoing in both countries.