Aflatoxins in pistachio kernels from turkey in Germany

Aflatoxins and Bacillus cereus in organic sesame seeds from Togo in Germany, Netherlands and Switzerland

Aflatoxins in millet flour from Senegal in the Netherlands

Aflatoxins in dried figs from Turkey in Germany

Aflatoxin in Ground Ginger from India, distribution from UK in Ireland

Extreme weather patterns across Europe in 2021 have been blamed for increased levels of mycotoxins in arable crops creating concerns over the subsequent quality of animal feed.

Mycotoxins, which are produced by certain species of moulds, are a concern for livestock producers due to their ability to influence feed quality and subsequent animal health and performance.

During extensive research across a number of European countries, a pattern of increased mycotoxins has been documented in the latest harvest analysis report from Alltech, in collaboration with SGS.

Data collected for the key feed ingredients indicated the presence of moderate to high levels of mycotoxin risk. Across all samples, there was an average of 4.34 mycotoxins detected, with 98.5% containing at least 1 mycotoxin and 86.1% containing 2 or more mycotoxins.

Type B-trichothecenes were found in 87% of the grain samples, which is a similar number to those found in 2020. The highest concentration of deoxynivalenol or DON (10,914 ppb) was detected in a Danish straw sample. Out of over 600 corn samples analysed, 24% of these contained aflatoxins, a notably higher percentage than 2020 and something feed and livestock producers should be aware of when putting mycotoxin control plans in place for the coming season.

Of the corn samples analysed using an LC-MS/MS method, fusaric acid was the most prominent mycotoxin, detected in 96.7% of samples, while type B-trichothecenes and fumonisins were found in 90% and 83% of samples, respectively.

Aflatoxins in dried figs from Turkey in Germany

Aflatoxins in shelled groundnuts from the United States in the Netherlands

Aflatoxin B1 in Bolivian organic groundnuts in the Netherlands and Spain

Aflatoxins in rice bran from the Netherlands, with raw material from Pakistan in Belgium 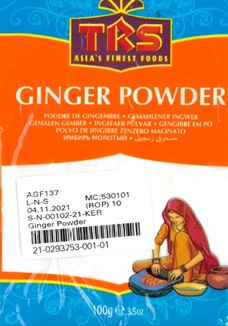 This recall follows a RASFF concerning an excessively high aflatoxin content. It was therefore decided to withdraw this product from sale and to recall it to consumers.

This product has been marketed through various stores in Belgium.

Following a notification via the RASFF system (European Food and Feed rapid alert system), the AFSCA is withdrawing from sale the product “Sankhal” (millet couscous) of the La Vivière brand and is recalling it to consumers because too high aflatoxin content.

The AFSCA asks not to consume this product and to bring it back to the point of sale where it was purchased.

Aflatoxins (aflatoxin B1 and total aflatoxin) in ginger from India, via the United Kingdom and the Netherlands in Germany

Aflatoxin in hazelnuts from Azerbaijan in Germany and Slovakia

Aflatoxin in crispy peanut candies from Russia in Latvia

Aflatoxins in pistachios in shell from Turkey in Germany

Aflatoxin above legal limit in shelled pistachios from Iran in Italy

Aflatoxin B1 in Hazelnut kernels from AZERBAIJAN in Italy and Luxembourg