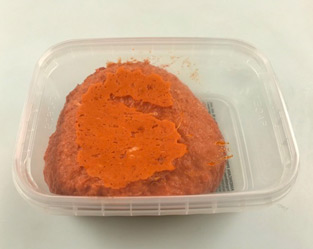 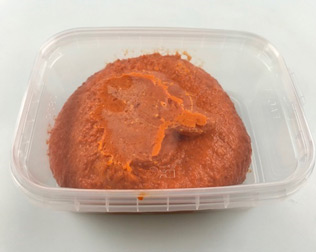 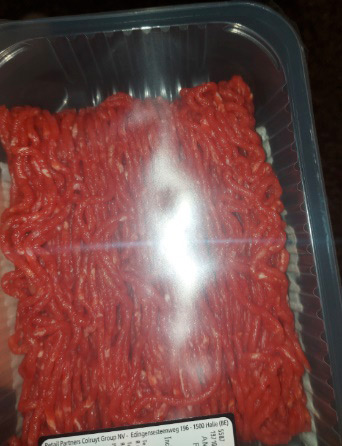 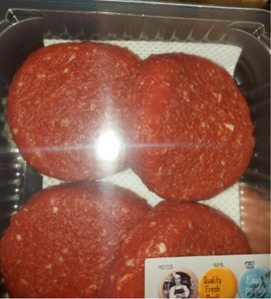 As a precautionary measure, Norenca NV is withdrawing the following items from the market and is recalling them to consumers due to the possible presence of Salmonella.

Sale period: since 11/24/2021
Sold through various points of sale including: Makro, Metro and Spar.
Information for consumers
Norenca asks its customers not to consume this product and to return it to the point of sale.
Possible symptoms of foodborne illness caused by Salmonella are fever, abdominal cramps and diarrhea within 12 to 48 hours of consuming the contaminated food. The risk of infection is higher in the elderly, children, pregnant women and people with weakened immune systems.
People who have consumed these products and who present this type of symptoms are invited to consult their doctor without delay, notifying him of this consumption.
For any further information , please contact NORENCA NV:
2440 GEEL
info@norenca.be
014 / 58.45.11

The pathogenic bacterium Salmonella Montevideo was detected in the meat preparation . This bacterium can cause a condition called Salmonellosis.

The sample was found by an official inspection of the State Veterinary Administration.

The presence of the pathogenic bacterium Salmonella enterica serum was detected in the meat preparation . Enteritidis . This bacterium can cause a condition called Salmonellosis.

The sample was found by an official inspection of the State Veterinary Administration.

Norway – Monitoring program 2021: Listeria in salmon slaughterhouses and on salmonids

The Norwegian Food Safety Authority has taken listeria samples from 60 slaughterhouses that the Institute of Marine Research has analyzed. The results show that Listeria is present in both the production environment and on fish in some salmon slaughterhouses.

Surveillance program is a measure that the Norwegian Food Safety Authority initiated to gain more knowledge about the segment following a salmonella outbreak in 2019 where 58 became ill after eating exotic dried fruit mixture.

In 2021, the Norwegian Food Safety Authority carried out an inspection campaign in which establishments and vessels that slaughter salmonids were inspected for measures and routines to prevent the fish from becoming contaminated with the listeria bacterium.

In Guangdong Province in southern China, hundreds of students at the Guangzhou Vocational and Technical University of Science and Technology have been stricken with symptoms including stomachache, diarrhea, vomiting and fever.

An investigation reveals the sick students dined at various venues including seven canteens inside the campus and several restaurants outside the campus.

– It is therefore important that the salmon slaughterhouse continuously monitors Listeria and at all times has effective hygiene measures, says Inge Erlend Næsset, director of the regulations and control department in the Norwegian Food Safety Authority.

In 2021, the Norwegian Food Safety Authority carried out an inspection campaign in which 63 establishments and vessels that slaughter salmonids were inspected for measures and routines to prevent the fish from becoming contaminated with the listeria bacterium.

The background was the serious listeriosis outbreaks that were reported from the EU in 2018 and 2019. The outbreaks were related to the consumption of smoked, digged and marinated salmon and aura, where the raw materials were Norwegian.

Listeria monocytogenes can cause listeriosis. Most people do not get sick from the bacterium, but pregnant women, children, the elderly and people with weakened immune systems are at risk. Listeria multiplies at cooling temperature, survives freezing, salting and smoking, but is killed by adequate heat treatment.

– Since salmon and aura are largely eaten without heat treatment and used for ready-to-eat products such as sushi, sashimi, smoked and digged fish, it is important that producers have effective measures against Listeria. The Norwegian Food Safety Authority therefore saw a need for a better overview of the status of fresh salmon and Listeria, Næsset said.

The Norwegian Food Safety Authority also took listeria samples from 60 slaughterhouses which were analyzed by the Institute of Marine Research .

18 companies received a decision. These mainly concerned the management system, including hazard analysis, sampling plan and measures for the detection of Listeria. One business was closed due to lack of reindeer husbandry and maintenance.

Otherwise, relatively few deficiencies were revealed in the hygienic practices of premises and equipment at the operations, where this was controlled.

– Our general impression after the campaign is that most salmon slaughterhouses have a good hygienic standard, says Næsset.

Listeria in both production environments and on fish

– If Listeria is allowed to develop at later process stages, the product can entail a serious health risk for vulnerable consumers. These findings confirm that it is important that the salmon slaughterhouse continuously monitors Listeria, and has consistently good routines for hygiene, Næsset concludes.

Report after the inspection campaign: Inspection of listeria measures in salmon slaughterhouse 2021

Report from the Institute of Marine Research: Monitoring program 2021: Listeria in salmon slaughterhouses and on salmonids

Information – Cleaning your refrigerator after a food recall

Recalls happen in the U.S. almost daily. Most consumers know not to eat or drink the recalled products and to throw them out, but one thing that’s easy to forget about is cross-contamination.

Products that have been recalled often have been placed in consumers’ refrigerators, on their counters or in their cupboards. This means that cross-contamination could have occurred in any of these areas.

Harmful germs in the recalled product can easily spread to drawers or shelves in your refrigerator through from packaging or spills or leaks.

Recalled food is often contaminated with harmful pathogens, such as Salmonella, Listeria or E. coli. This means that after a recalled product has sat in your fridge, it could contaminate other items in your fridge with one of these dangerous pathogens.

Food poisoning can lead to being hospitalized, and for certain vulnerable people, the illnesses can be fatal.

There are some tips in the link above from the Centers for Disease Control and Prevention (CDC) on how to clean your fridge and counters, and keep your family safe and healthy after removing a recalled product. Use paper towels when possible.

The recall applies to all batches and dates.