Belgium’s system to prevent microbiological risks before and during harvest of certain foods has been criticized by the EU’s health and safety body. Officials in Belgium disagree.

A DG Sante audit found Belgium’s program is not designed to identify businesses that don’t have measures to stop the risk of contamination at these stages of production of food of non-animal origin (FNAO), which include fruits and vegetables.

The audit took place in late October 2020 but the coronavirus pandemic meant findings are based on a remote review of documentation and video interviews with officials. It was the second audit of official controls on FNAO in Belgium. A 2015 report made one recommendation but in the latest assessment DG Sante found the adopted measures were not sufficient.

Australia Research – Monitoring the incidence and causes of diseases potentially transmitted by food in Australia: Annual report of the OzFoodNet network, 2013–2015

This report summarises the incidence of diseases potentially transmitted by food in Australia, and details outbreaks associated with food that occurred during 2013–2015.
OzFoodNet sites reported an increasing number of notifications of 12 diseases or conditions that may be transmitted by food (botulism; campylobacteriosis; cholera; hepatitis A; hepatitis E; haemolytic uraemic syndrome (HUS); listeriosis; Salmonella Paratyphi (paratyphoid fever) infection; salmonellosis; shigellosis; Shiga toxin-producing Escherichia coli(STEC) infection; and Salmonella Typhi (typhoid fever) infection), with a total of 28,676 notifications received in 2013; 37,958 in 2014; and 41,226 in 2015.
The most commonly-notified conditions were campylobacteriosis (a mean of 19,061 notifications per year over 2013–2015) and salmonellosis (a mean of 15,336 notifications per year over 2013–2015). Over these three years, OzFoodNet sites also reported 512 outbreaks of gastrointestinal illness caused by foodborne, animal-to-person or waterborne disease, affecting 7,877 people, and resulting in 735 hospitalisations and 18 associated deaths.
The majority of outbreaks (452/512; 88%) were due to foodborne or suspected foodborne transmission. The remaining 12% of outbreaks were due to waterborne or suspected waterborne transmission (57 outbreaks) and animal-to-human trans-mission (three outbreaks). Foodborne and suspected foodborne outbreaks affected 7,361 people, resulting in 705 hospitalisations and 18 deaths.
Salmonella was the most common aetiological agent identified in foodborne outbreaks (239/452; 53%), and restaurants were the most frequently-reported food preparation setting (211/452; 47%). There were 213 foodborne outbreaks (47%) attributed to a single food commodity during 2013–2015, with 58% (124/213) associated with the consumption of eggs and egg-based dishes. 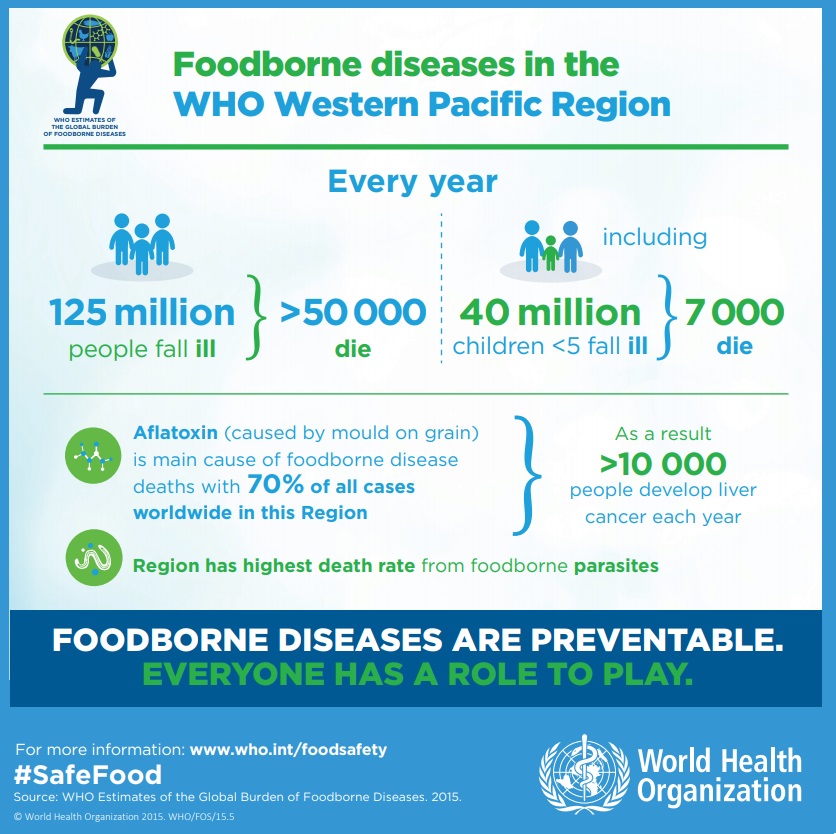 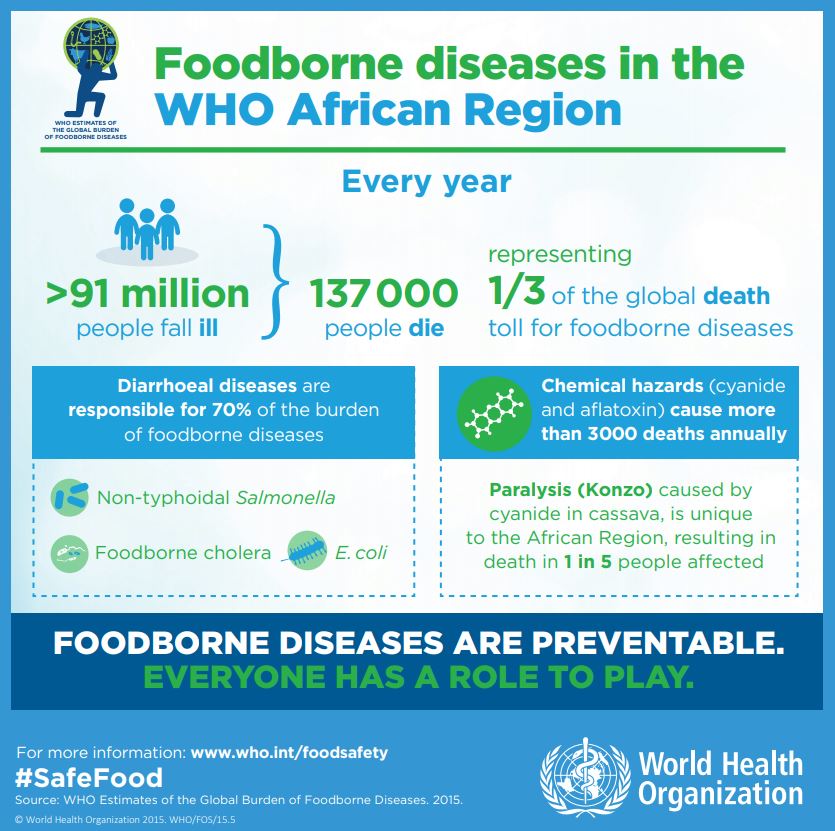 UK – Report into the sources of human Campylobacter infection published

The Food Standards Agency has today published a study to further determine the principal sources of this foodborne disease.

A report published by the FSA confirms that chickens are the source of the majority of human cases of Campylobacter, followed by other animals such as sheep, pigs and cows. This infection may have been passed to people directly through food, but could also be via environmental and water contamination.

The Campylobacter Source Attribution Study, launched in 2015 as part of the FSA’s wider and ongoing Campylobacter Reduction Programme, also reveals an increase in antimicrobial resistance within Campylobacter strains between 1997 and 2018. Work is continuing in this area to determine the full impact.

Around 300,000 human cases of Campylobacter are estimated to be acquired from food each year in the UK, out of a total of around 630,000 cases. Campylobacter lives in the intestinal tracts of a wide range of mammals, birds and even insects.

Researchers embarked on this project to determine the key reservoirs of human Campylobacter infections and help identify potentially effective risk management strategies. The project assessed patient samples from two locations – a representative urban site in North Tyneside and rural site in Oxfordshire – alongside foods sampled from retail in York, Salisbury and London.

The majority of people who are infected with Campylobacter recover fully and quickly, but it can cause long-term and severe health problems in some, including young children and the elderly.

You can help keep your family safe by cooking your food correctly, and avoiding cross-contamination through ensuring good personal hygiene.

Read the full report here. As part of the project, a data storyboard (Opens in a new window)was created and can be viewed online.