Resistance to last resort antibiotics in bacteria is an emerging threat to human and animal health. It is important to identify the source of these antimicrobial resistant (AMR) bacteria that are resistant to clinically important antibiotics and evaluate their potential transfer among bacteria. The objectives of this study were to (i) detect bacteria resistant to colistin, carbapenems, and β-lactams in commercial poultry farms, (ii) characterize phylogenetic and virulence markers of E. coli isolates to potentiate virulence risk, and (iii) assess potential transfer of AMR from these isolates via conjugation. Ceca contents from laying hens from conventional cage (CC) and cage-free (CF) farms at three maturity stages were randomly sampled and screened for extended-spectrum β-lactamase (ESBL)-producing Enterobacteriaceae, carbapenem-resistant Acinetobacter (CRA), and colistin resistant Escherichia coli (CRE) using CHROMagar™ selective media. We found a wide-spread abundance of CRE in both CC and CF hens across all three maturity stages. Extraintestinal pathogenic Escherichia coli phylogenetic groups B2 and D, as well as plasmidic virulence markers iss and iutA, were widely associated with AMR E. coli isolates. ESBL-producing Enterobacteriaceae were uniquely detected in the early lay period of both CC and CF, while multidrug resistant (MDR) Acinetobacter were found in peak and late lay periods of both CC and CF. CRA was detected in CF hens only. blaCMY was detected in ESBL-producing E. coli in CC and CF and MDR Acinetobacter spp. in CC. Finally, the blaCMY was shown to be transferrable via an IncK/B plasmid in CC. The presence of MDR to the last-resort antibiotics that are transferable between bacteria in food-producing animals is alarming and warrants studies to develop strategies for their mitigation in the environment. View Full-Text 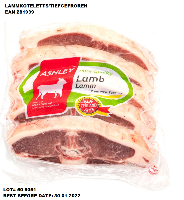 Enterohaemorrhagic Escherichia coli pathogens (EHEC) were found in a piece from the lot.

The FDA, along with CDC and state and local partners, investigated a multistate outbreak of E. coli O157:H7 infections in the fall of 2020. The epidemiology and traceback investigation have determined that the outbreak was linked to leafy greens. The epidemiological and traceback investigations were not able to determine a specific type of leafy green linked to illnesses. On 12/22/2020, the CDC announced that this outbreak appears to be over. This outbreak, announced by FDA and CDC on October 28, 2020, was caused by a strain of E. coli that is genetically related to a strain linked to the fall 2019 romaine outbreak.

The FDA completed a traceback investigation of multiple types of leafy greens identified in patient interviews. Although no single ranch was identified as a common source of the leafy greens, FDA and state partners also conducted on-site investigations on farms of interest.

Teams were deployed to dozens of ranches in the region to conduct large scale environmental sampling. Additionally, no Shiga toxin-producing E. coli were found on leafy greens.

CDC has declared this outbreak to be over. There is no recommendation for consumers, retailers, or suppliers.

As the festive season kicks off, people are being reminded of the increased risk of food poisoning at home.

The Ministry for Primary Industries has launched a food safety campaign reminding everyone to “Clean Cook, and Chill”.

“Food poisoning is a significant issue in New Zealand with an estimated 100,000 people getting sick from unsafe food handling practices at home.

“That’s why the Ministry for Primary Industries is launching an awareness campaign, reminding consumers to follow the 3 C’s: clean, cook and chill, when handling, cooking and storing raw meats such as poultry, to avoid getting sick and paying the price,” she said.

MPI has also teamed up with MasterChef winning sisters Karena and Kasey Bird to offer additional advice and helpful cooking tips on social media this summer.

Verrall said a recent study found that most New Zealanders don’t believe that food poisoning can be deadly or create long-term health consequences.

She said while for many, food poisoning will just mean a few days of an upset stomach, for others it can be more serious.

“Some people can and do experience more severe forms of foodborne illnesses as a result of picking up harmful bacteria and viruses like Campylobacter, Norovirus, Salmonella, Listeria, Escherichia coli (E. coli) and Bacillus cereus.

“This is especially true for young tamariki, our elderly community, pregnant mothers and Kiwis who suffer from other health issues,” she said.

Globally, Shiga toxin-producing Escherichia coli (STEC) is an important cause of diarrheal disease, most notably hemorrhagic colitis, and post-diarrheal sequela, such as hemolytic-uremic syndrome (HUS) [1]. Cattle are a major reservoir of STEC, with approximately half of the cases in humans attributable to foodborne exposure [2]. Prevention of human illness has mainly been through food safety measures [2]. Despite extensive research, no other generally accepted and effective preventive measures or therapies for STEC infections in human patients are available [3]. Many questions remain about STEC virulence factors, pathogenesis, detection, and other aspects that necessitate a continuation of basic and applied research on a wide front. This Special Issue includes 14 papers (nine articles, two communications, one review, one comment, and one reply) that collectively provide novel information on the epidemiology [4,5,6,7], virulence factors [7,8,9,10], and pathogenesis [11,12,13] of STEC, and the molecular structure or toxicity [14,15,16] and immunodetection [17] of Shiga toxin.

The FDA and CDC, in collaboration with state and local partners, have completed the investigation on two of three multistate outbreak of E. coli O157:H7 infections in the U.S. this fall.

The other completed outbreak investigation, Outbreak Unknown Source 1, identified 32 reported illnesses in 12 states: California, Illinois, Louisiana, Maryland, Michigan, Montana, New Jersey, Ohio, Utah, Virginia, Washington, Wisconsin. This strain of E. coli is genetically similar to a strain linked to a romaine outbreak that occurred in the spring of 2018, though a food was not linked to the current outbreak. FDA completed a traceback investigation and was unable to determine a common source of the outbreak. FDA and state partners also conducted on-site inspections on farms of interest, though information collected in these inspections did not link these farms to the outbreak. On 12/18/2020, the CDC announced that this outbreak had ended.

Consumers, restaurants, and retailers, were advised not to eat, sell, or serve recalled Tanimura & Antle, Inc. brand packaged single head romaine lettuce with a pack date of 10/15/2020 or 10/16/2020.

The recalled products are now well beyond expiration and likely no longer on the market or in consumers’ homes.

The spread of antibiotic resistance among bacterial strains has been associated with consumption of food contaminated with both pathogenic and nonpathogenic bacteria. The objective of this study was to determine the prevalence of antibiotic resistant Escherichia coli isolates in local and imported retail raw chicken meat in Qatar. A total of 270 locally produced (chilled) and imported (chilled or frozen) whole chicken carcasses were obtained from three Hypermarket stores in Qatar. The 216 E. coli isolates recovered from the chicken samples were subjected to antibiotic susceptibility testing with the disk diffusion method. Extended-spectrum β-lactamase (ESBL) production was evaluated with the double disk synergy test. Isolates harboring colistin resistance were identified with a multiplex PCR assay and DNA sequencing. Nearly 89% (192) of the 216 isolates were resistant to at least one of the 18 antibiotics tested. Isolates from local and imported chicken carcasses had relatively higher resistance to sulfamethoxazole (62% of isolates), tetracycline (59.7%), ampicillin and trimethoprim (52.3% each), ciprofloxacin (47.7%), cephalothin (45.4%), and colistin (31.9%). Less resistance was found to amoxicillin–clavulanic acid (6%), ceftriaxone (5.1%), nitrofurantoin (4.2%), piperacillin-tazobactam (4.2%), cefepime (2.3%), meropenem (1.4%), ertapenem (0.9%), and amikacin (0.9%). Nine isolates (4.2%) were ESBL producers, and 137 (63.4%) were multidrug resistant. The percentages of multidrug-resistant, ESBL-producing, and colistin resistant isolates were significantly higher among isolates from local chilled than from imported chilled and frozen chicken samples. Our findings indicate the high prevalence of antibiotic-resistant E. coli in chicken meat sold at retail in Qatar.

Researchers at the Fraunhofer Institute for Environment, Safety, and Energy Technology UMSICHT have developed a process to kill germs on almonds and nuts by using compressed carbon dioxide to decontaminate food.

The advantage of this process is that almonds retain their characteristic flavor and quality, according to the research report. Almonds are decontaminated and impregnated with antimicrobial oils using compressed carbon dioxide in a high-pressure autoclave. The oil extract coats the almond, making it difficult for germs to contaminate the fruit again. Some types of processing can affect the quality of food, particularly that of plant-based products that are consumed raw.

Without processing, almonds and other nuts may be contaminated with salmonella and these bacteria can spread to dry foods. Low-moisture foods like flour, baking mixes, dried meats, nuts, fruits and cereals are often used as ingredients in food products with almonds, which means that if one supplier faces a recall, many items that used the ingredient could be affected. However, the risk of E.coli, Salmonella and Listeria in dry foods can never be completely eliminated.