There is a rising concern about illnesses resulting from milk consumption due to contamination by pathogenic microorganisms including Escherichia coli. This study examined the occurrence and antimicrobial susceptibility of E. coli isolated from cow milk and related samples. Furthermore, partial sequencing was done to ascertain the genetic relatedness and possible cross contamination among the samples. In all, 250 samples, that is, 50 each of raw milk, cow teat, milkers’ hands, milking utensils, and fecal matter of cows, were cultured for the identification of E. coli. E. coli was detected in 101/250 samples (40.4%). Milk and fecal samples recorded the highest percentages of 68.0% and 66.0%, respectively. Forty-two (42) E. coli strains examined for antimicrobial resistance showed an overall 25.5% resistance, 15.0% intermediate resistance, and 59.5% susceptibility. The isolates had a high level of resistance to teicoplanin (100.0%), but were susceptible to chloramphenicol (95.2%) and azithromycin (92.9%). The Multiple Antibiotic Resistance (MAR) index pattern ranged from 0.1 to 0.5, and 40.5% exhibited multiple drug resistance. The E. coli strains formed 11 haplotypes, and a phylogenic tree analysis showed relatedness among the isolates in other African countries. This observation is an indication of cross contamination among the milk and its related samples. View Full-Text

Shiga toxin-producing Escherichia coli (STEC) are zoonotic Gram-negative bacteria. While raw milk cheese consumption is healthful, contamination with pathogens such as STEC can occur due to poor hygiene practices at the farm level. STEC infections cause mild to serious symptoms in humans. The raw milk cheese-making process concentrates certain milk macromolecules such as proteins and milk fat globules (MFGs), allowing the intrinsic beneficial and pathogenic microflora to continue to thrive. MFGs are surrounded by a biological membrane, the milk fat globule membrane (MFGM), which has a globally positive health effect, including inhibition of pathogen adhesion. In this review, we provide an update on the adhesion between STEC and raw MFGs and highlight the consequences of this interaction in terms of food safety, pathogen detection, and therapeutic development. View Full-Text

Research – Risk evaluation of E. coli ST 131 as a foodborne pathogen in Switzerland

Within recent years, the topic of multidrug-resistant, uropathogenic Escherichia coli strains has seen a rise in occurrence as foodborne pathogens. At the core of this topic is the specific clonal group referred to as Escherichia coli O25b:H4 sequence type 131 (ST 131). It is an extended-spectrum β-lactamase (ESBL) producing E. coli strain, postulated to be responsible for the spread of ESBL-encoding genes world-wide.
This literature review aimed to evaluate ST 131 as a foodborne pathogen in Switzerland, in order to assess the risk it poses for food producers in Switzerland specifically. On a global scale, ST 131 has been identified on all continents. It is mostly associated with chicken and poultry meat, and has been isolated from retail products many times.
Not exclusive to chicken, it was rarely identified from fish guts and gills. In all other meat products, ST 131 was found only in faecal matter, not in the product itself. Besides meat, the pathogen was not identified from any sources such as dairy, fruit and vegetables.
The situation is similar in Switzerland, where it was isolated frequently from chicken, rarely from fish and a complete absence of the pathogen in all other food product groups. The risk, ST 131 poses towards Swiss food producers has been evaluated as a medium risk factor for both chicken and fish products, and a low risk factor for any other products. Despite ST 131 being evaluated as a medium-to-low risk factor, depending on the product, it is still recommended to perform further research on the topic. Especially looking towards prevalence in Swiss food, in chicken and poultry meat, but also in fish.
Specifically fish designated for raw consumption (Sushi, Sashimi). Moreover, the spread of afore-mentioned ESBL-encoding genes is hypothesized to occur also during infection of humans. This leads to the recommendation, that ST 131 should be considered a food-safety risk in all products, in order to eliminate said spread. Whether this consideration as a food-safety risk is feasible, cannot be said without further analysis of products and viable treatment options. 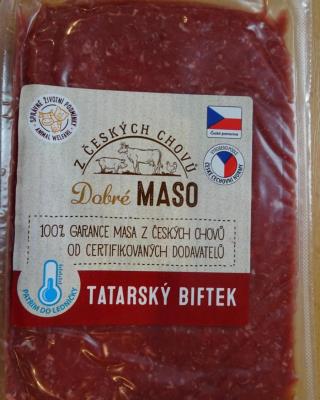 Escherichia coli enteropathogenic, which causes diarrhea and vomiting , has been detected in the product  .