The state  of Maine CDC is warning of a possible hepatitis A exposure at an Oakland restaurant.

It says a food service worker had the virus, which can spread through contaminated food or water.

The worker at Waterville Country Club’s Nineteen 16 Restaurant was infectious from April 26-May 17.

If you ate or bought food from the restaurant, you could be at risk.

The state says there is no evidence linking this to a recently confirmed case of hepatitis at the Skowhegan Walmart.

Customers who bought food from the deli at the Skowhegan Walmart may have been exposed to hepatitis A.

A deli worker who was ill with hepatitis A handled food while infectious this Monday, Maine Center for Disease Control and Prevention spokesperson Robert Long said Tuesday.

Long advised anyone who bought food on those dates from the deli should throw it away. He added that no other food was potentially contaminated. 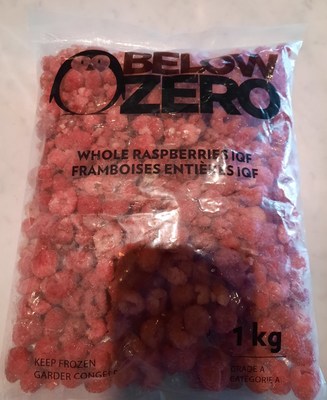 This alert is the result of a Canadian Food Inspection Agency food recall involving Mantab brand IQF Whole Raspberries originating from China and distributed to several establishments across Canada .

The product was offered in a frozen state. The product label includes, in addition to its name, the words “Below Zero” and “Mantab”.

The company named in the table above is voluntarily recalling the product in question. It has agreed with MAPAQ to issue this warning as a precautionary measure. In addition, people who have this product in their possession are advised not to consume it. They must return it to the establishment where they bought it or must throw it away.

Even if the product does not show signs of tampering or suspicious odor, it is likely to be contaminated with norovirus. People exposed to this virus usually show symptoms within 24 to 48 hours of consumption. Common symptoms are nausea, vomiting, diarrhea and abdominal cramps. Muscle pain, fatigue, fever, chills and headache may also occur. Cases of illness have been reported to MAPAQ and could be associated with the consumption of this food.

Norovirus in oysters from France in Belgium

Just months ago the Roanoke City and Alleghany Health Districts (RCAHD) announced that RCAHD had identified a total of 50 confirmed primary cases and 2 secondary cases.  There have been at least 31 hospitalizations and unfortunately 4 deaths.

Now the risk of another outbreak is striking the same community.

New details have emerged as part of an ongoing investigation conducted by the Virginia Department of Health. The report involves an employee of Luigi’s restaurant in Roanoke who was recently diagnosed with hepatitis A. New information, obtained today, revealed that the employee may have had limited involvement in handling food prior to the food being cooked before consumption. Cooking food kills the virus that causes hepatitis A, therefore this situation does not meet the criteria of an exposure.

Given the high level of sensitivity of hepatitis A in our community, and out of an abundance of caution, the Roanoke City Health Department is offering hepatitis A vaccine to anyone who ate at Luigi’s between the dates of April 26 – May 17. Hepatitis A vaccinations will be available at the Roanoke City Health Department, 2nd Floor, 1502 Williamson Rd., Roanoke, VA 24012 this week at the following times:

Do not use, sell, serve or distribute the affected product.

Below Zero brand Whole Raspberries IQF recalled due to Norovirus.

The recalled product has been sold in Quebec, Saskatchewan and Ontario.

Public Health is investigating an outbreak of norovirus-like illness associated with vomiting, diarrhea, abdominal pain, and chills at IHOP #1755 in Seattle.

Since April 29, 2022, 5 people from 1 meal party reported becoming ill after eating food from IHOP on April 28, 2022. We have not identified any ill employees.

Norovirus in oysters from the Netherlands in Belgium

Detection of norovirus in oysters from France in Belgium, Germany, Denmark, Luxembourg and Spain

Norovirus in oysters from France in Belgium, France, Ireland and Netherlands

Norovirus in oysters from the Netherlands in Belgium

Norovirus in oysters from Ireland, processed in the Nethelands in Belgium

Canada – Outbreak of Norovirus and gastrointestinal illnesses linked to raw oysters from British Columbia is over.

The Public Health Agency of Canada collaborated with federal and provincial public health partners, the United States Centres for Disease Control and Prevention (U.S. CDC), and the U.S. Food and Drug Administration to investigate an outbreak of norovirus and gastrointestinal illnesses involving five provinces: British Columbia, Alberta, Saskatchewan, Manitoba and Ontario. The outbreak appears to be over and the outbreak investigation has been closed.

The Canadian Food Inspection Agency (CFIA) issued several food recalls throughout February, March, and April. Links to each food recall associated with this investigation can be found at the end of this public health notice.

The outbreak investigation is an important reminder to Canadians and businesses that raw oysters can carry harmful germs that can lead to foodborne illness if not properly handled and cooked prior to consuming.

In total, 339 confirmed cases of norovirus and gastrointestinal illness were reported in the following provinces: British Columbia (301), Alberta (3), Saskatchewan (1), Manitoba (15) and Ontario (19). Individuals became sick between mid-January and early April 2022, and no deaths were reported.

Some oyster harvest areas in British Columbia that were associated with illnesses in the outbreak were closed as a part of the investigation. The CFIA issued several food recalls throughout February, March, and April. For more information on the recalled products, please consult the Government of Canada’s Recalls and Safety Alerts website.

Who is most at risk

Acute gastrointestinal illnesses such as norovirus illness are common in North America and are very contagious, affecting all age groups. However, pregnant women, people with compromised immune systems, young children and the elderly are at risk for developing more serious complications, like dehydration.

What you should do to protect your health

Raw oysters contaminated with noroviruses may look, smell and taste normal. The following safe food-handling practices will reduce your risk of getting sick:

Noroviruses can be transmitted by ill individuals and are able to survive relatively high levels of chlorine and varying temperatures. Cleaning and disinfecting practices are the key to preventing further illnesses in your home.

People with norovirus illness usually develop symptoms of gastroenteritis within 24 to 48 hours, but symptoms can start as early as 12 hours after exposure. The illness often begins suddenly. Even after having the illness, you can still become re-infected by norovirus.

The main symptoms of norovirus illness are:

Other symptoms may include:

Most people feel better within one or two days, with symptoms resolving on their own, and experience no long-term health effects. As with any illness causing diarrhea or vomiting, people who are ill should drink plenty of liquids to replace lost body fluids and prevent dehydration. In severe cases, patients may need to be hospitalized and given fluids intravenously. If you have severe symptoms of norovirus, consult your healthcare provider.

What the Government of Canada is doing

The Government of Canada is committed to food safety. The Public Health Agency of Canada leads the human health investigation of an outbreak and is in regular contact with its federal and provincial partners to monitor and take collaborative steps to address outbreaks.

Health Canada provides food-related health risk assessments to determine whether the presence of a certain substance or microorganism poses a health risk to consumers.

The CFIA conducts food safety investigations into the possible food source of an outbreak. CFIA also monitors for biotoxins in shellfish in harvesting areas and is responsible for registering and inspecting fish and shellfish processing plants. The CFIA may recommend that affected sites or areas be opened or closed based on epidemiological information, sample testing results and/or relevant harvest area information.

Fisheries and Oceans Canada is responsible for opening and closing shellfish harvest areas, and enforcing closures under the authority of the Fisheries Act and the Management of Contaminated Fishery Regulations.

The Government of Canada will continue to update Canadians as new information related to this investigation becomes available.

Figure 1 is an epidemiological curve for this outbreak, which shows the numbers of new cases by week. Outbreak investigators use this information to show when illnesses begin, when they peak, and when they trail off. It can take several weeks from the time a person becomes ill to when the illness is reported and linked to the outbreak. Data are available for 339 cases.