Are you preparing a turkey for your holiday meal? Turkey and its juice can be contaminated with germs that can make you and your family sick. For example, turkey can contain Salmonella, Clostridium perfringens, Campylobacter, and other germs. Whether you’re cooking a whole bird or a part of it, such as the breast, you should take special care. Follow the steps below to safely store, thaw, handle, and cook your turkey.

Use one of these methods to thaw your turkey.

Never thaw your turkey by leaving it out on the counter. A turkey must thaw at a safe temperature. When a turkey stays out at room temperature for more than 2 hours, its temperature becomes unsafe even if the center is still frozen. Germs can grow rapidly in the “danger zone” between 40°F and 140°F.

3. Handle Turkey Correctly to Prevent the Spread of Germs

Raw turkey and its juice can contaminate anything they touch. Be sure to handle your turkey correctly to prevent harmful germs from spreading to your food, family, and friends.

Do not wash or rinse raw turkey. Federal food safety advice has recommended against washing turkey or chicken since 2005, but some habits are hard to break. A 2020 survey* found that 78% of participants reported washing or rinsing turkey before cooking. Old recipes and family cooking traditions may tempt you to keep this practice going, but it can make you and your family sick. Poultry juices can spread in the kitchen and contaminate other foods, utensils, and countertops.

With either cooking method, use a food thermometer to make sure the stuffing’s center reaches 165°F. Germs can survive in stuffing that has not reached 165°F. If you cooked the stuffing in your turkey, wait 20 minutes after taking the bird out of the oven before removing the stuffing. This allows the stuffing to cook a little longer.

To roast a turkey in your oven, set the oven temperature to at least 325°F. Place the completely thawed turkey in a roasting pan that is 2 to 2-1/2 inches deep. Cooking timesexternal icon depend on the weight of the turkey and whether it is stuffed.

If you are cooking your turkey using another method, such as smoking or frying it, or roasting a turkey that is not fully thawed, follow these guidelinesexternal icon for cooking your bird safely.

Learn more about safe minimum cooking temperaturesexternal icon for other foods and how to use a food thermometerexternal icon.

Refrigerate leftoversexternal icon at 40°F or colder within 2 hours of cooking to prevent food poisoning. Slice or divide big cuts of meat, such as a roast turkey, into small quantities for refrigeration so they can cool quickly. Reheat all leftovers to at least 165°F before serving.

Cooked turkey and dishes made with turkey, such as a casserole, can be stored in the refrigerator for 3 to 4 days or can be frozen to store longer.

Always refrigerate leftovers within 2 hours, or 1 hour if exposed to temperatures above 90°F (like a hot car or picnic).

The bacteria Clostridium perfringens grows in cooked foods left at room temperature. It is the second most common bacterial cause of food poisoning. The major symptoms are vomiting and abdominal cramps within 6 to 24 hours after eating.

On November 17, it was reported that botulism was found in two residents of the city. An outbreak of the disease occurred among members of the same family. Homemade dried fish (roach, bream) could be a source of botulism.

The state of health of the sick is not reported.

Food borne botulism occurs when the bacterium Clostridium botulinum is allowed to grow and produce toxin in food that is later eaten without sufficient heating or cooking to inactivate the toxin. Botulinum toxin is one 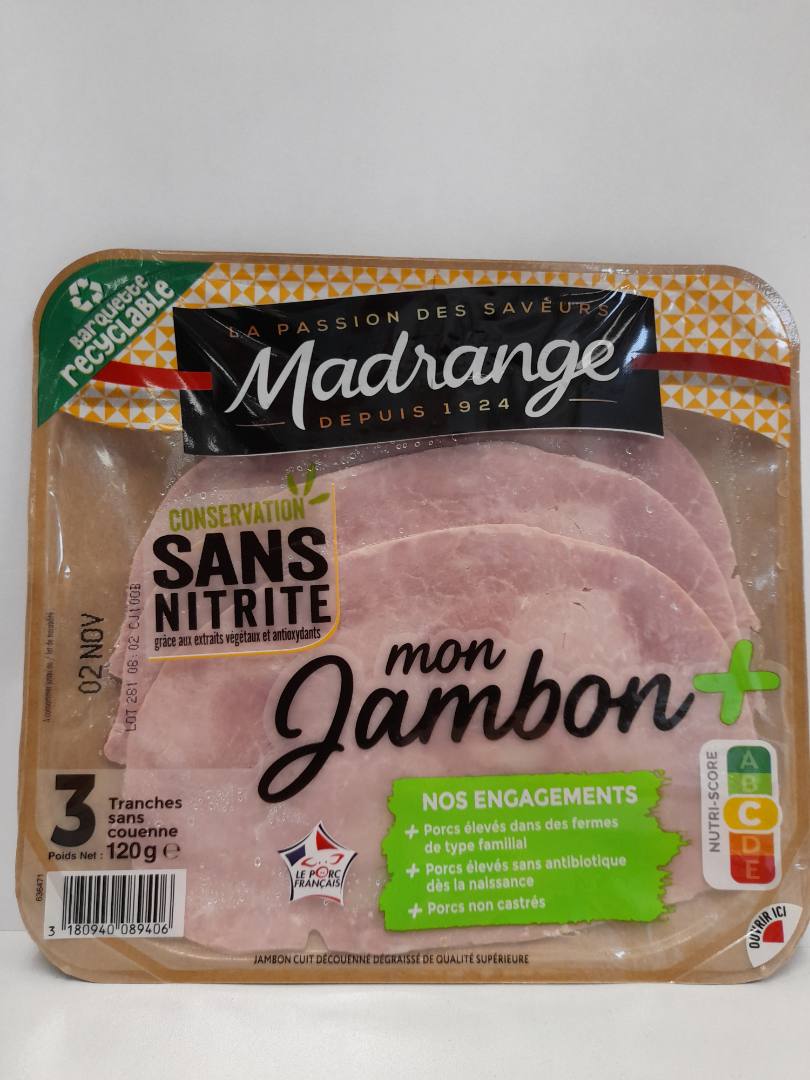 Possible signs and symptoms in foodborne botulism might also include:

People with botulism might not have all of these symptoms at the same time.

The symptoms all result from muscle paralysis caused by the toxin. If untreated, the disease may progress and symptoms may worsen to cause full paralysis of some muscles, including those used in breathing and those in the arms, legs, and trunk (part of the body from the neck to the pelvis area, also called the torso).

In foodborne botulism, symptoms generally begin 18 to 36 hours after eating a contaminated food.

If you or someone you know has symptoms of botulism, immediately see your doctor or go to the emergency room. 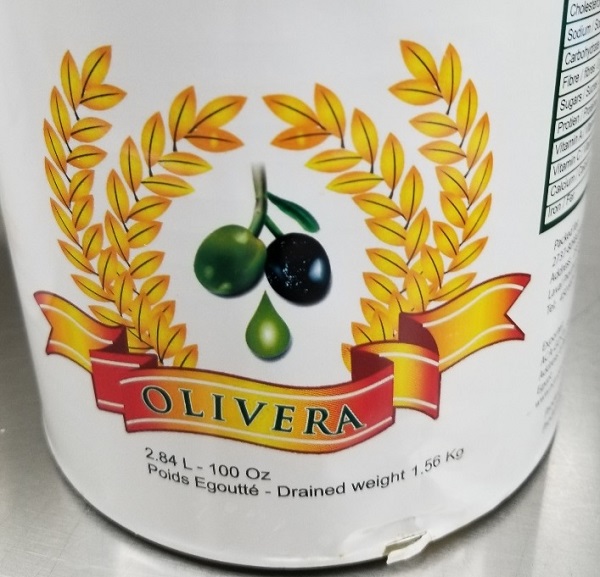 Ottawa, October 5, 2021 – Distribution Alimentaire Tony is recalling Olivera brand sliced olives from the marketplace because they may permit the growth of Clostridium botulinum. Consumers should not consume and distributors, retailers and food service establishments such as hotels, restaurants, cafeterias, hospitals and nursing homes should not sell or use the recalled products described below.

What you should do

If you think you became sick from consuming a recalled product, call your doctor.

Check to see if you have the recalled products in your home or establishment. Recalled products should be thrown out or returned to the location where they were purchased.

Food contaminated with Clostridium botulinum toxin may not look or smell spoiled but can still make you sick.

Symptoms in adults can include facial paralysis or loss of facial expression, unreactive or fixed pupils, difficulty swallowing, drooping eyelids, blurred or double vision, difficulty speaking, including slurred speech, and a change in sound of voice, including hoarseness.

Symptoms of foodborne botulism in children can include difficulty swallowing, slurred speech, generalized weakness and paralysis. In all cases, botulism does not cause a fever. In severe cases of illness, people may die.

This recall was triggered by Canadian Food Inspection Agency (CFIA) test results. The CFIA is conducting a food safety investigation, which may lead to the recall of other products. If other high-risk products are recalled, the CFIA will notify the public through updated Food Recall Warnings.

The CFIA is verifying that industry is removing the recalled products from the marketplace.

There have been no reported illnesses associated with the consumption of these products.

Objectives: The purpose of this study was to analyze epidemiological data concerning foodborne botulism in Western Romania over the last decade. Botulism, the toxin formed by the bacterium Clostridium botulinum, results in a neuroparalytic disorder capable of severe clinical progression that begins in the cranial nerves and progressively descends. Preventing progression to a severe case entails timely diagnosis since curative assets are restricted. Ingesting food containing a preformed toxin (foodborne botulism) is the most typical form. Methods: Medical records were retrospectively analyzed from 2010 to 2020 for all food botulism cases. A seroneutralization test was performed with type A, B and E anti-botulinum sera to establish the kind of toxin involved. Results: Overall, 18 cases of foodborne botulism were admitted to the hospital during this period and confirmed by laboratory analysis. Most of the participants in our study were men (61.1%), and 77.8% of the total lived in rural areas. All the participants showed classic symptoms of botulism, and dysphagia was present in all cases. The trivalent ABE antitoxin was administered by the hospital, and toxin type B was isolated in all patients. The main sources of the toxin were pork, ham and canned pork meat. Conclusions: Stronger efforts are needed to foster community awareness of foodborne botulism, particularly in home-preserved food. View Full-Text

The head of the territorial department of the Rospotrebnadzor Administration for the Republic of Tatarstan, Irina Khairullina said twelve botulism cases have been reported this year in the districts of Almetyevsky, Zainsky, Leninogorsky and Sarmanovsky. This compares with two botulism cases reported in the previous two years.

Khairullina notes, 10 people got sick while eating homemade smoked fish, while 2 people associate their disease with the consumption of smoked goose meat, bought from unknown persons in places of unauthorized trade.

We aim to identify possible biological, social, and economic factors that could influence the prevalence of foodborne botulism (FB). The objective of this article is to assess epidemiological peculiarities of FB in Ukraine from 1955 to 2018 using national epidemiological surveillance data. This article presents an epidemiological descriptive population-based study of the epidemiology of FB using correlation analysis. From 1955 to 2018, 8614 cases of botulism were recorded in Ukraine causing 659 deaths. The distribution of types of botulism toxins is represented by type A (7.97%), B (59.64%), suspected as C (0.56%), E (25.47%), others (5.33%), and unidentified (1.04%). From 1990 to 2015, the rate correlation between Human Development Index (HDI) and incidence of botulism was −0.75 ± 0.20. Homemade canned meat and fish continue to be the leading causes of botulism in Ukraine. Cases related to commercial food were rare or absent, but in recent years (2017–2018), their percentage has increased to 32.56%. The HDI and botulism have an inverse mathematical correlation and predictable logical relationship: with an HDI increase, the incidence of FB decreased. In general, food botulism in Ukraine is related to traditional socioeconomic factors related to cultural food habits. In the face of declining living standards and uncertainty that food products will be physically or economically available, homemade preservation increases. Home food preservation is a major cause of botulism in Ukraine. The elimination of FB is possible in Ukraine only with the complete cessation of home canning and state control over the manufacture and sale of commercial canned products.