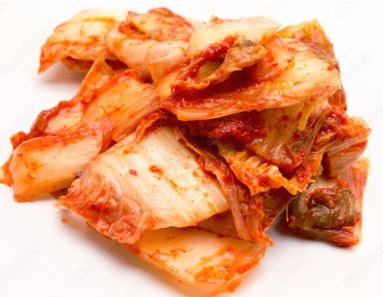 The CFIA issued a food recall warning on January 28, for Hankook (Korean characters only) brand Original Kimchi sold in 2L containers with a net weight of 1670 g, UPC code 6 23431 00030 4, and best before date January 29, 2022. The recalled product was distributed in British Columbia, Alberta, Saskatchewan, and Manitoba.

For more information on the recalled product, please consult CFIA’s website. The CFIA is continuing its food safety investigation, which may lead to the recall of other products. If other products are recalled, the CFIA will notify the public through updated food recall warnings.

Do not eat, use, sell, or serve the recalled kimchi or any products made with the recalled kimchi. This advice applies to individuals, as well as retailers, distributors, manufacturers and food service establishments such as hotels, restaurants, cafeterias, hospitals and long-term care homes, across Canada.

This public health notice will be updated as the investigation evolves.

As of January 28, there have been 14 laboratory-confirmed cases of E.coli O157 illness linked to this outbreak in the following provinces: Alberta (13) and Saskatchewan (1).

Individuals became sick between early December 2021 and early January 2022. No deaths or hospitalizations have been reported. Individuals who became ill are between 0 and 61 years of age. The majority of cases (64%) are female.

The CFIA is continuing its food safety investigation, which may lead to the recall of other products. If other products are recalled, the CFIA will notify the public through updated food recall warnings.

Who is most at risk

E. coli O157 is more likely to cause severe illness than other strains of E. coli. Pregnant women, those with weakened immune systems, young children and older adults are most at risk for developing serious complications.

Most people who become ill from an E. coli infection will recover completely on their own. However, some people may have a more serious illness that requires hospital care or causes long-lasting health effects. In rare cases, some individuals may develop life-threatening complications, including stroke, kidney failure and seizures, which could result in death. It is possible for some people to be infected with the bacteria and to not get sick or show any symptoms, but to still be able to spread the infection to others.

What you should do to protect your health

The following advice applies to individuals, as well as retailers, distributors, manufacturers and food service establishments such as hotels, restaurants, cafeterias, hospitals and long-term care homes, across Canada:

People infected with E. coli can have a wide range of symptoms. Some do not get sick at all, though they can still spread the infection to others. Others may feel as though they have a bad case of upset stomach. In some cases, individuals become seriously ill and must be hospitalized.

The following symptoms can appear within one to ten days after contact with the bacteria:

Most symptoms end within five to ten days. There is no real treatment for E. coli infections, other than monitoring the illness, providing comfort, and preventing dehydration through proper hydration and nutrition. People who develop complications may need further treatment, such as dialysis for kidney failure. You should contact your health care provider if symptoms persist.

What the Government of Canada is doing

The Government of Canada is committed to protecting the health of Canadians from enteric disease outbreaks.

PHAC leads the human health investigation into an outbreak and is in regular contact with its federal, provincial and territorial partners to monitor the situation and to collaborate on steps to address an outbreak.

Health Canada provides food-related health risk assessments to determine whether the presence of a certain substance or microorganism poses a health risk to consumers.
CFIA conducts food safety investigations into the possible food source of an outbreak.

Figure 1 is an epidemiological curve for this outbreak, which shows the numbers of new cases by week. Outbreak investigators use this information to show when illnesses begin, when they peak, and when they trail off. It can take several weeks from the time a person becomes ill to when the illness is reported and testing confirms a link to the outbreak. Data are available for 14 cases.