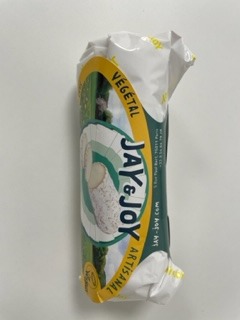 The health authorities have been informed of the occurrence in France of 5 serious cases of listeriosis, including 4 in pregnant women who have presented premature deliveries. These 5 people, infected with the same strain of Listeria, reported symptoms between April and December 2022.

The investigations conducted jointly by Public Health France (SpFrance), the National Reference Center (CNR) Listeria, the Directorate General for Food (DGAl), the Directorate General for Competition, Consumer Affairs and Fraud Prevention ( DGCCRF), and in coordination with the General Directorate of Health (DGS), identified that the cases reported on the national territory had consumed in the weeks preceding their listeriosis plant specialties (cheese alternatives) with almond and walnut milk cashew nuts manufactured and marketed under the Jay & Joy brand.

These investigations revealed irregularities in the company, in particular concerning the control of the risk of microbiological contamination of the products manufactured within the factory. Consequently, a prefectural order, aimed at suspending the marketing of all products stored and manufactured in the factory, was issued on January 16, 2023.

JAY&JOY proceeded to the withdrawal-recall of all the products manufactured by the company on January 14, 2023.

The details of the products concerned by the withdrawal-recall are available on rappel.conso.gouv.fr. People holding these products are asked not to consume them and to return them to the point of sale where they purchased them.