Listeria is especially harmful if you are pregnant, aged 65 or older, or have a weakened immune system. If you are in any of these groups, do not eat raw enoki mushrooms. Cook enoki mushrooms thoroughly to kill any foodborne germs. 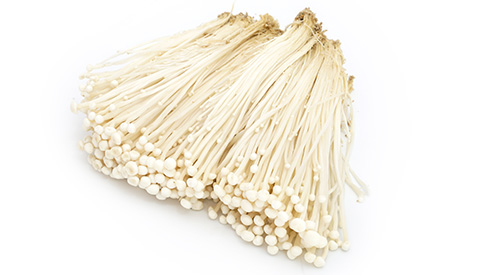 Enoki mushrooms are white and have long, thin stems. They are often sold in a bunch with roots in sealed plastic packaging. They are popular in Japanese, Chinese, and Korean food, and they are almost always eaten cooked in soups, hot pots, and stir-fried dishes.

Source of the Outbreak

Information collected so far shows that enoki mushrooms are the likely source of these illnesses.

Investigators are working to identify specific brands of enoki mushrooms linked to these illnesses.