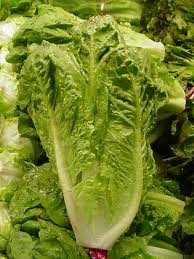 Researchers at the University of Georgia Center for Food Safety are preparing to launch a study on E. coli colonization from a new angle: the microbiome of lettuce.

By studying the interactions between EcO157 and the lettuce microbiome — the entire community of microorganisms like bacteria that live on the surface of lettuce — researchers hope to better understand how the microbiome may affect the pathogen’s fate during produce processing.

Center for Food Safety Professor Xiangyu Deng, lead researcher on the project, says, “We want to really figure out the interactions between the pathogen and potential biocontrol organisms indigenous to lettuce.”

In other words, how does E. coli interact with other microorganisms on lettuce, and how can we use those interactions to control foodborne outbreaks?

The focus of the research, to start this year, will be how the microbiome interacts with EcO157. The team will use a new microscopic approach to create a biogeographic map of the microbiome.

“Clearly the microbiome interacts with EcO157, and that interaction has an implication for food safety,” Deng adds. “We want to understand the mechanism behind this interaction.”

Tackling foodborne outbreaks faster and revealing the root cause are essential for the prevention of future outbreaks. We have a plan to do that.

Foodborne disease remains a significant public health problem in the United States. The FDA’s Foodborne Outbreak Response Improvement Plan (FORIP), described in this document, is an important step that the FDA is taking to enhance the speed, effectiveness, coordination, and communication of outbreak investigations. (Unless stated otherwise, this report focuses exclusively on the response to human food and not animal food.)

Our ultimate goal is to bend the curve of foodborne illness in this country.

Research – When the E. coli hits the fan! Evaluating the risks of dust-associated produce cross-contamination

Dust represents an understudied vehicle for microbial dispersal and produce contamination by pathogens. Dust deposition onto crops during cultivation is inevitable as plant surfaces serve as a major aerosol sink and dust can serve as a vehicle for bacteria. Wind-driven distribution of dust in agricultural environments can also impact food safety when the sources of dust include particles from natural and human-related reservoirs of pathogens. While the populations of enteric pathogens in water is frequently determined and the microbiological quality of soils are monitored, the evaluation of dust and soil-borne particulates is rarely conducted. This study proposes the following: 1). To evaluate the role of dust in transferring foodborne pathogens to produce surfaces grown in eastern and western regions of the US, 2). To determine the role of humidity in the deposition of dust on produce and the survival of pathogens in dust, and 3). To test dust particulates from animal operations in both regions for the presence of biomarkers indicative of fecal contamination and potentially the presence of pathogens. This study will enhance our understanding of pathogen transport from feces into and through produce fields and will quantify the risk associated with contamination from dust under varying environmental/atmospheric conditions.

Dust, broadly defined as fine particulate matter resulting from wind erosion on land surfaces and suspended in the air, is an inseparable component of the atmosphere. Dust represents an understudied vehicle for microbial dispersal in agricultural environments and produce contamination by microorganisms pathogenic to humans. Dust not only affects biological processes in plants, such as stomatal gas exchange, but also the plant surface microbiome. Dust deposition onto crops during field cultivation is inevitable as plant surfaces serve as a major aerosol sink. Studies have indicated that dust can serve as a vehicle for bacteria. Wind-driven distribution of dust in agricultural environments could also impact food safety when the sources of dust include particles from natural (soil, decaying vegetation, feral/wild animal droppings) and human-related (manure-amended soils, silage, municipal sewage-based biosolids, composting, and animal production facilities) reservoirs of human pathogens. While the populations of enteric pathogens in water is frequently determined through periodic testing as recommended by the Food Safety Modernization Act (FSMA) and the microbiological quality of soils are monitored, the evaluation of dust and soil borne particulates is rarely carried out. This study proposes the following: 1). To evaluate the role of dust in transferring foodborne pathogens to the surfaces of produce commodities specific to the eastern and western agricultural regions of the United States, 2). To determine the role of humidity in the deposition of dust on produce and the survival of foodborne pathogens in dust particulates, and 3). To test dust particulates from animal operations in Georgia and Arizona for the presence of biomarkers indicative of fecal contamination and the presence of enteric pathogens. This project will enhance our understanding of pathogen transport from feces into and through produce fields and will quantify the risk associated with contamination from dust under varying environmental and atmospheric conditions.

Cold smoked salmon is a ready-to-eat seafood product of high commercial importance. The processing and storage steps facilitate the introduction, growth and persistence of foodborne pathogens and spoilage bacteria. The growth of commensal bacteria during storage and once the product is opened also influence the quality and safety of cold smoked salmon. Here we investigated the microbial community through targeted 16s rRNA gene and shotgun metagenomic sequencing, as means to better understand the interactions among bacteria in cold smoked salmon. Cold smoked salmon samples were tested over 30 days of aerobic storage at 4℃ and cultured at each timepoint in buffered Listeria enrichment broth (BLEB) commonly used to detect Listeria in foods. The microbiomes were comprised of Firmicutes and Proteobacteria namely, Carnobacterium , Brochothrix , Pseudomonas , Serratia , and Psychrobacter . Pseudomonas species were the most diverse species with 181 taxa identified. Additionally, we identified potential homologs to 10 classes of bacteriocins in microbiomes of cold smoked salmon stored at 4°C and corresponding BLEB culture enrichments. The findings presented here contribute to our understanding of microbiome population dynamics in cold smoked salmon, including changes in bacterial taxa during aerobic cold storage and after culture enrichment.  This may facilitate improvements to pathogen detection and quality preservation of this food.

Research – Don’t freak out: These are the microbes living on your tongue

Microbes are everywhere in our guts—and in our mouths. Now, a new study reveals our tongue-dwelling companions aren’t all mixed together randomly; instead, they seem to prefer living close to their own kind, separating out into distinct groups based on their species.

Researchers started by scraping the tongues of 21 healthy human volunteers. Then, they used fluorescent tags to identify specific groups of bacteria, some of which produce nutrients for us, so they could see exactly where each one lived on the tongue’s surface. Without exception, the bacteria formed tight-knit, well-defined clusters of the same species, the researchers report today in Cell Reports.

The clusters (above) resemble a microbial rainbow under the microscope. For instance, Actinomyces bacteria, in red, grow close to the epithelial tissue of the tongue, shown in gray, while Rothia bacteria, in cyan, form long patches between other communities. Streptococcus, in green, form a thin crust on the edge of the tongue and slender veins in the interior. By looking at the images, the researchers could guess at how these colonies establish themselves and grow over time.

Research – Some E. coli Strains May Be Linked to Development of Bowel Cancer

According to a new study in the journal Nature, E. coli infections may be linked to bowel cancer. Some species of the intestinal microbiota, which is the collection of bacteria and viruses that live in the human gut, have been associated with colorectal cancer, but a direct role hasn’t been proven.

As it turns out, E. coli bacteria carry what is called a pathogenicity island pks, that creates enzymes that synthesize a compound called colibactin. Colibactin causes double-strand breaks in cultured cells. This damage can lead to cancer over time. Colibactin is found more often in fecal samples of people who do have bowel cancer than healthy people.

The threat of antimicrobial resistance to medication is a global health issue. Recent years have seen a surge in our awareness of resistance genes; and as a result of the prevalence of these genes, antibiotics are becoming less effective at treating microbial infections, such as TB and gonorrhoea.

Although much work has been done analysing the human gut microbiome and its associated genes, little is currently known about these genes in the mouth.

Microscopic droplets on the surface of leaves give refuge to bacteria that otherwise may not survive during the dry daytime, according to a new study published today in eLife.

The surface of an average plant leaf is teeming with about 10 million microbes — a population comparable to that of large cities — that contribute to the health and day-to-day functioning of the plant. Scientists have long wondered how bacteria are able to survive as daytime temperatures and sunlight dry off leaf surfaces.

“While leaves may appear to be completely dry during the day, there is evidence that they are frequently covered by thin liquid films or micrometre-sized droplets that are invisible to the naked eye,” says co-lead author Maor Grinberg, a PhD student at Hebrew University’s Robert H. Smith Faculty of Agriculture, Food, and Environment in Rehovot, Israel. “It wasn’t clear until now whether this microscopic wetness was enough to protect bacteria from drying out.”

To answer this question, Grinberg, together with co-lead author and Research Scientist Tomer Orevi and their team, recreated leaf surface-like conditions in the laboratory using glass plates that were exposed to various levels of humidity. They then conducted experiments with more than a dozen different bacteria species in these conditions.

They observed that while these surfaces appeared dry to the naked eye, under a microscope bacteria cells and aggregates were safely shielded in miniscule droplets. Interestingly, larger droplets formed around aggregates of more than one cell, while only tiny droplets formed around solitary cells. This microscopic wetness is caused by a process called deliquescence — where hygroscopic substances, such as aerosols, that are prevalent on leaves absorb moisture from the atmosphere and dissolve within the moisture to form the droplets.

“We found that bacteria cells can survive inside these droplets for more than 24 hours and that survival rates were much higher in larger droplets,” Orevi explains. “Our results suggest that through methods of self-organisation, for example by aggregation, these cells can improve their survival chances in environments frequently exposed to drying.”

These findings could have important implications for agriculture as human practices may inadvertently interfere with this bacterial survival mechanism, endangering the health of crops and natural vegetation, according to senior author Nadav Kashtan, PhD, Assistant Professor at Hebrew University’s Robert H. Smith Faculty of Agriculture, Food, and Environment. “A greater understanding of how microscopic leaf wetness may protect the healthy plant microbiome and how it might be disrupted by agricultural practices and human aerosol emissions is of great importance,” he says.

Kashtan also notes that similar microscopic surface wetness likely occurs in soil, in the built environment, on human and animal skin, and potentially even in extra-terrestrial systems where conditions might allow, suggesting such bacterial survival strategies are not limited to leaf surfaces.