Advice to Consumers, Restaurants, and Retailers 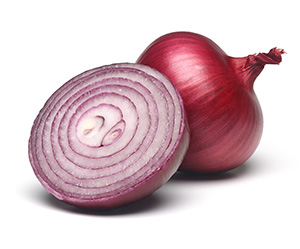 Do not eat, serve, or sell any onions from Thomson International Inc. or products made with these onions. Onion types include red, white, yellow, and sweet varieties.

Advice to Restaurants, Retailers, and Suppliers

Take these steps if you have symptoms of a Salmonella infection:

Since the last update on July 24, 2020, an additional 184 ill people have been reported in this outbreak, including 37 from 11 new states: Alaska, Colorado, Indiana, Kansas, Kentucky, Maryland, Nevada, New York, Pennsylvania, South Carolina, Texas.

As of July 29, 2020, a total of 396 people infected with the outbreak strain of Salmonella Newporthave been reported from 34 states. A list of the states and the number of cases in each can be found on the Map of Reported Cases page.

Illnesses might not yet be reported due to the time it takes between when a person becomes ill and when the illness is reported. This takes an average of 2 to 4 weeks. Please see the Timeline for Reporting Cases of Salmonella Infection for more details.

Whole genome sequencing analysis shows that an outbreak of Salmonella Newport infections in Canada is related genetically to this outbreak in the United States. This means that people in both of these outbreaks likely share a common source of infection.

Investigation of the Outbreak

On July 10, 2020, CDC PulseNet identified an outbreak of 13 Salmonella Newport infections in three states. Since being identified, the outbreak has rapidly grown to a total of 396 infections in 34 states.

State and local public health officials are interviewing ill people to determine what they ate and other exposures in the week before their illness started.

Many ill people were identified as part of illness clusters. An illness cluster is defined as two or more people who do not live in the same household who report eating at the same restaurant location, attending a common event, or shopping at the same location of a grocery store in the week before becoming ill. Investigating illness clusters can provide critical clues about the source of an outbreak. If several unrelated ill people ate or shopped at the same location of a restaurant or store within several days of each other, it suggests that the contaminated food item was served or sold there. Twenty-two illness clusters have been identified in seven states. Information from these clusters shows that many ill people ate red onions. The traceback information collected from these illness clusters identified Thomson International, Inc. of Bakersfield, CA as a likely source of red onions. Due to the way onions are grown and harvested, other onion types, such as, white, yellow or sweet may also be contaminated. Additional traceback is ongoing to determine if other onions are linked to the outbreak.

The Public Health Agency of Canada (PHAC)external icon is investigating an outbreak of Salmonella Newport infections, which is related by whole genome sequencing to this outbreak in the United States.

On July 30, Public Health Agency of Canada’s outbreak investigation identified U.S. red onions as a likely source of their outbreak.

Consumers, restaurants, and retailers should not eat, serve, or sell any onions from Thomson International, Inc. of Bakersfield, CA.

CDC will provide updates when more information is available.