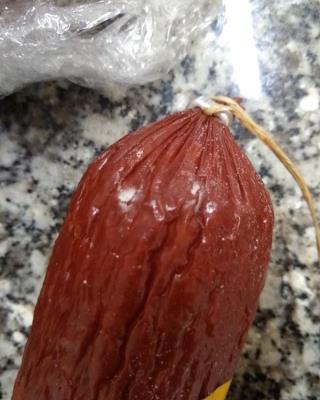 Colonies of white fungi appeared on the surface of the food. Food is not considered safe if it shows signs of spoilage.

During the inspection, unsatisfactory storage temperatures of this product were not found. The product did not expire, which was shortened according to the data / instructions on the package “Use within 4 days after unpacking”.