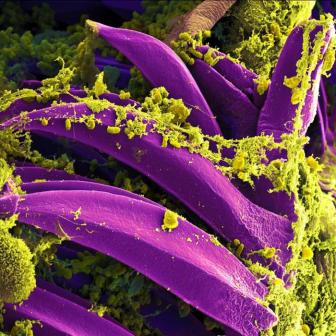 Since the second week of January, more than twice as many people have contracted yersinia infection as during the same period in the immediately preceding years. An increased number of patients has mainly been observed in the regions of Stockholm, Västra Götaland and Halland, which together account for 33 of the total of 48 disease cases reported since 11 January. Of the patients, a majority are aged 11-40 and most are women (figure). In the ongoing investigation, the Swedish Public Health Agency collaborates with the infection control units in the affected regions to try to identify the source of the infection through interviews of the cases and surveys.

As part of the outbreak investigation, the Swedish Public Health Agency also collects yersinia isolates from disease cases in the affected regions. The isolates are typed using whole genome sequencing (analysis of the genome of the bacterium) to clarify who has been affected by a common source of infection.

Figure. Distribution by age and sex of persons reported to be infected with yersinia infection 11 January – 2 February 2021.